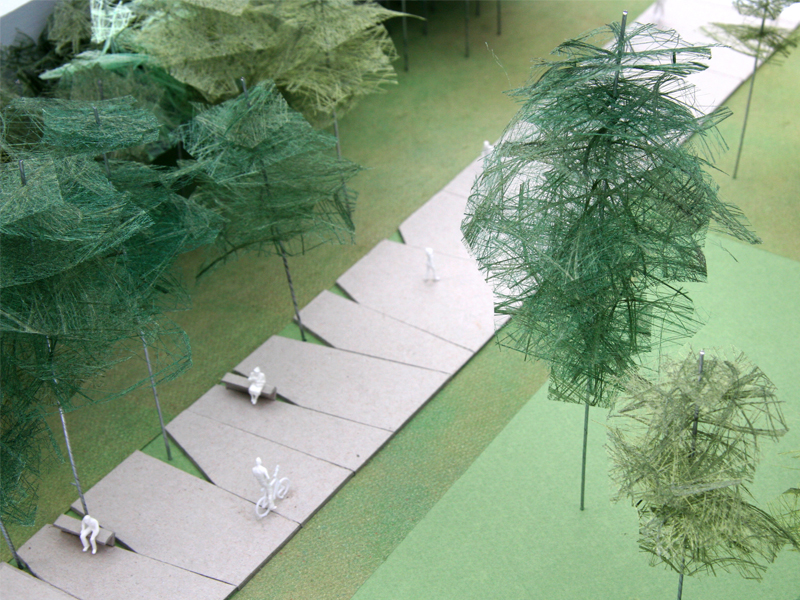 The former terrain at the edge of the city of Antwerp with sports- and other clubs became a large urban park with this prize winning design (for the "open oproep" of the Flemish Chief Architect). A large amount of close together planted trees form the spatial concept of park "seams" (public park) and park "rooms" (sports- and other clubs). In the seams of the park the lightly lifted concrete paths are situated, and rainwater is collected in a system of wadi's. A large climate adaptive wedge runs far into the city centre, by means of this park (and the Rivierenhof). The designteam is a cooperation between HOSPER, BUUR and architects BULK, in collaboration with ARA. 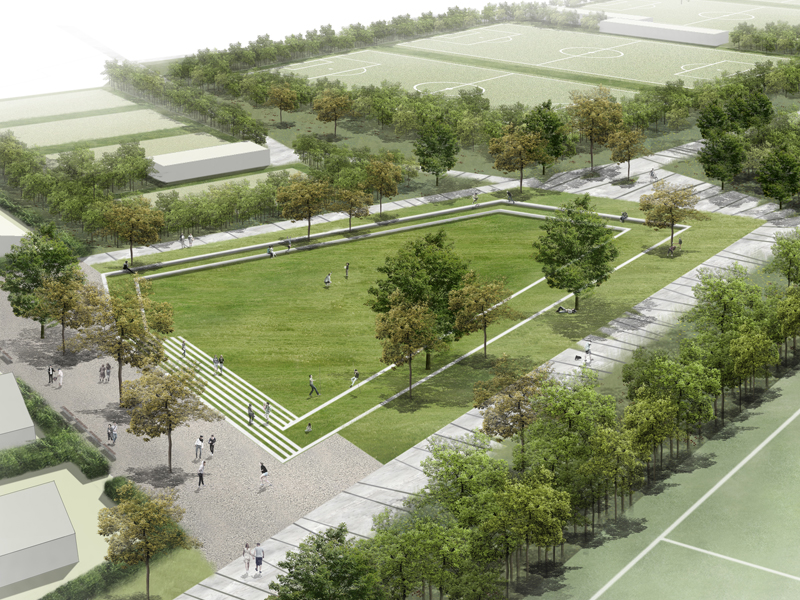 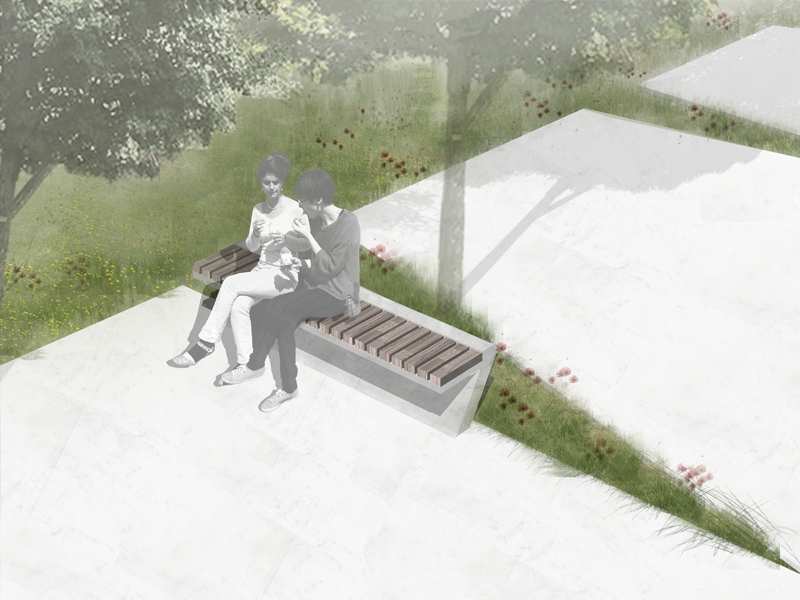 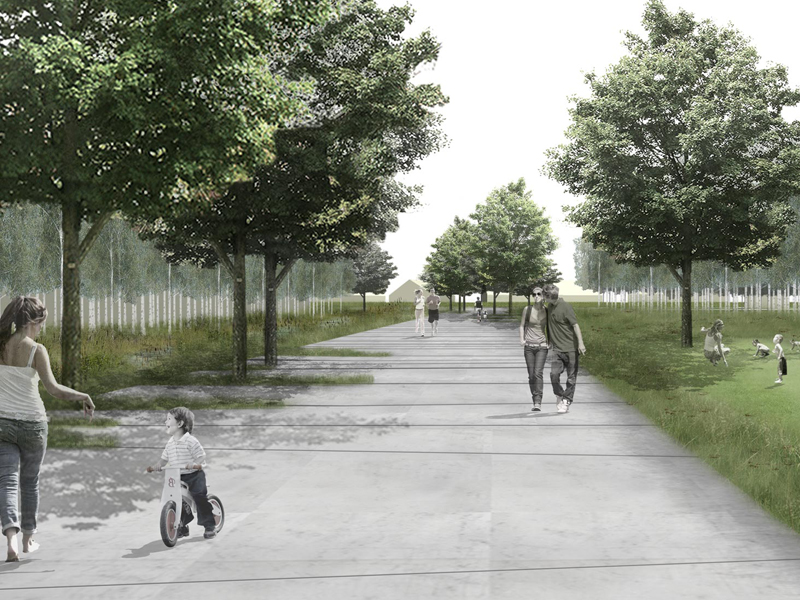 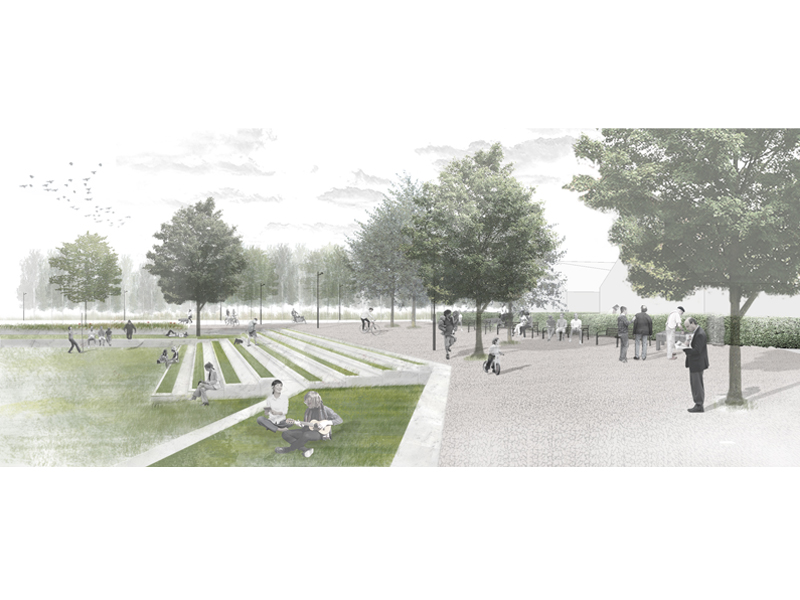